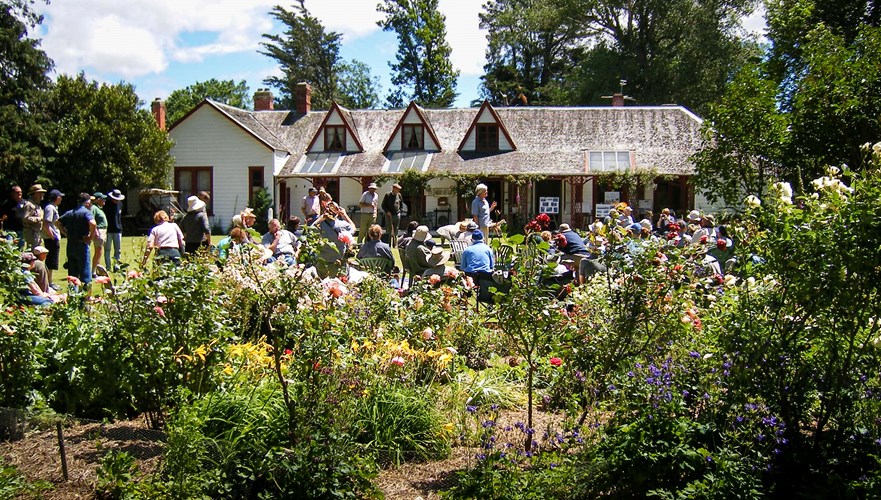 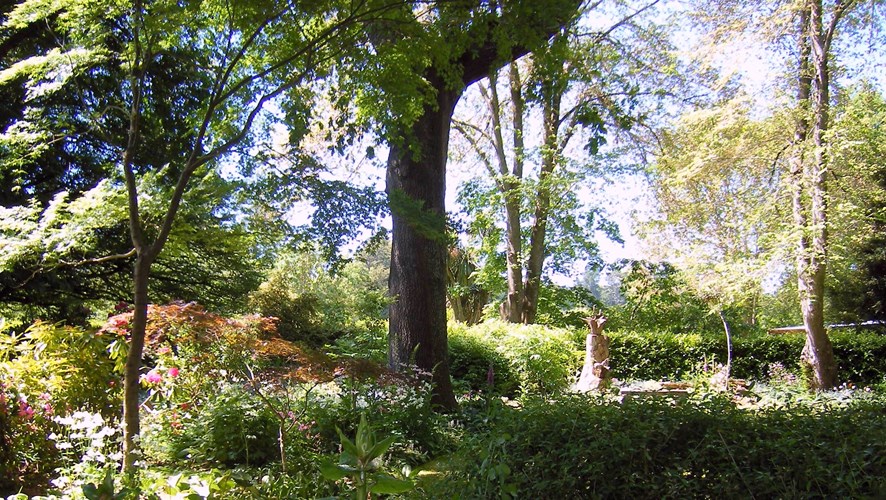 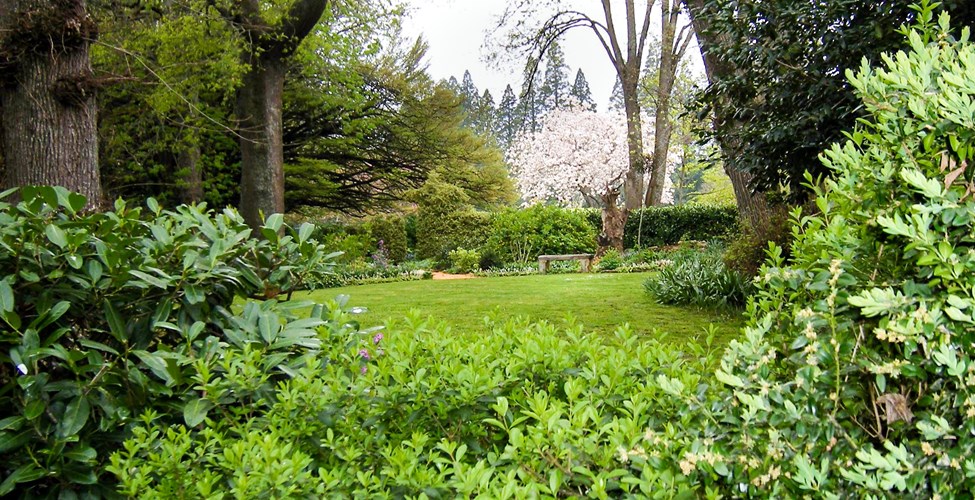 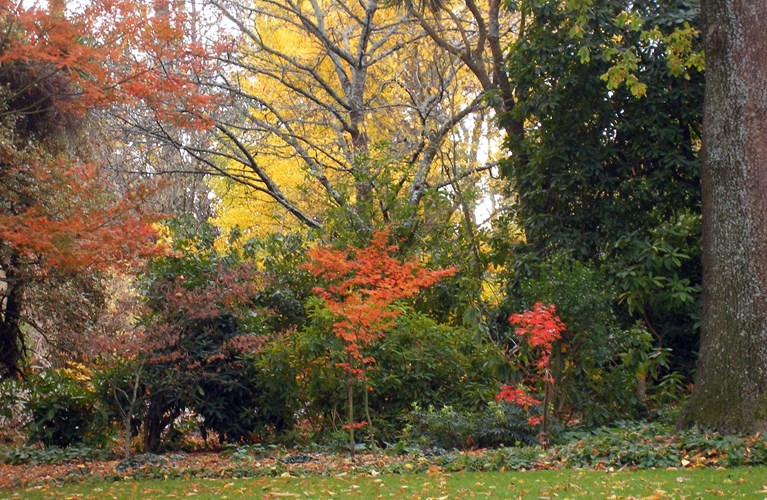 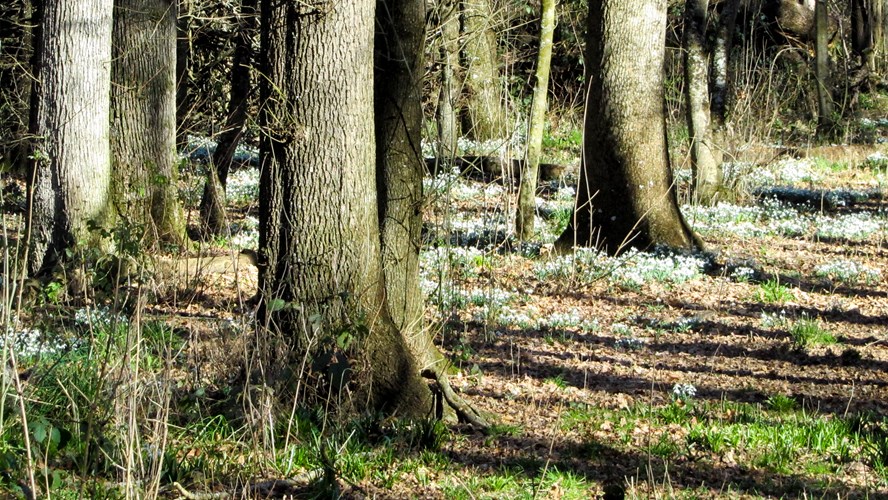 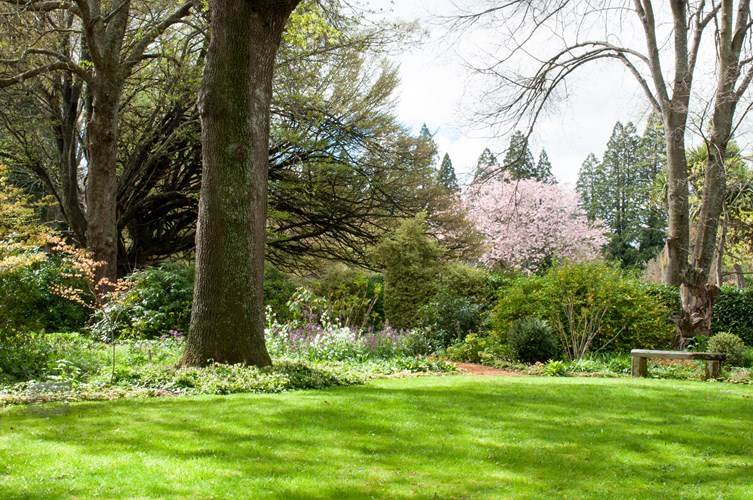 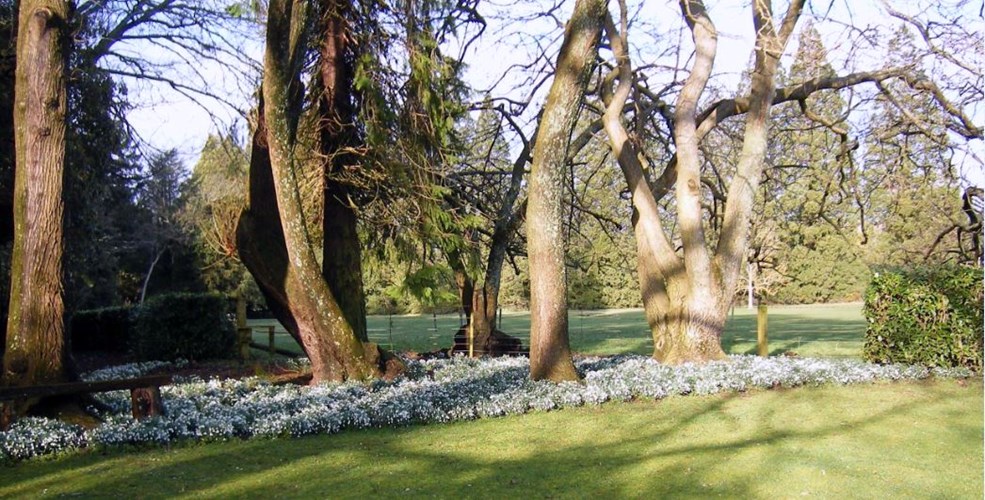 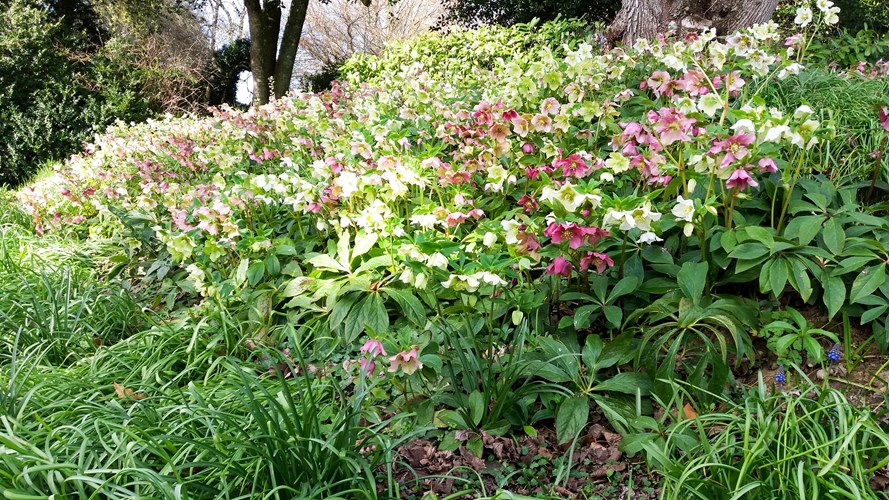 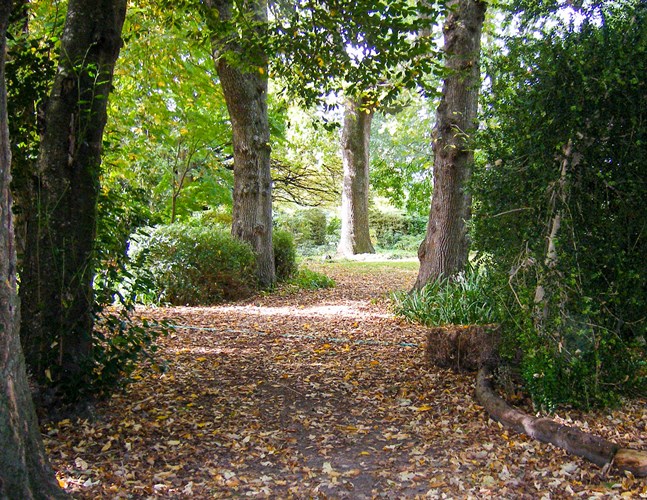 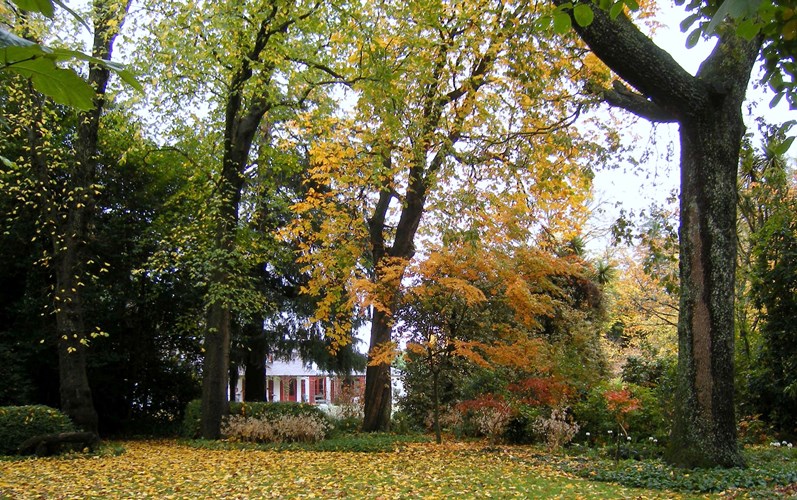 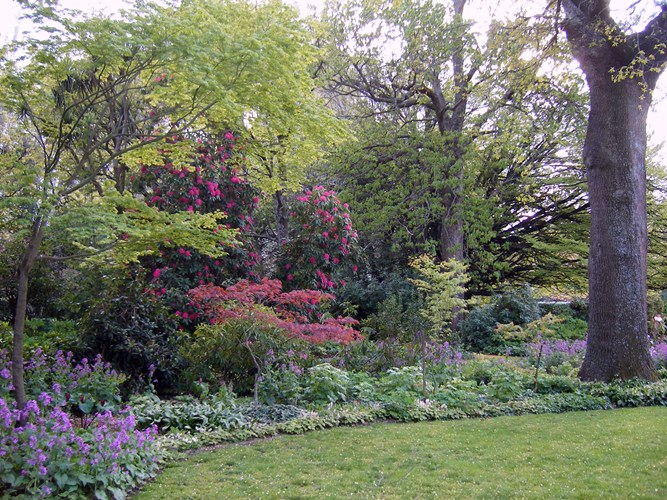 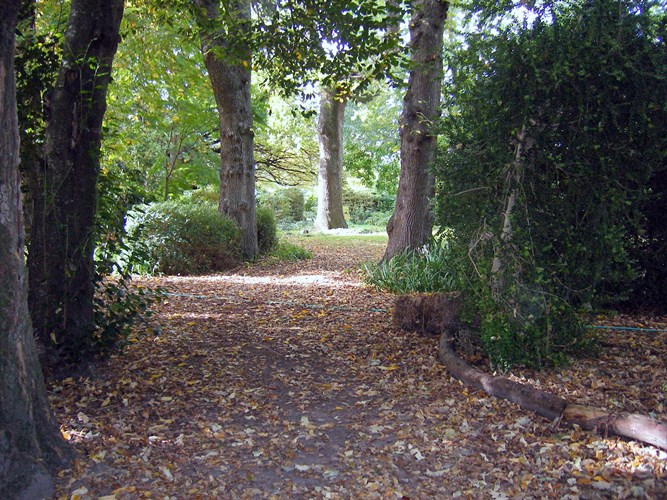 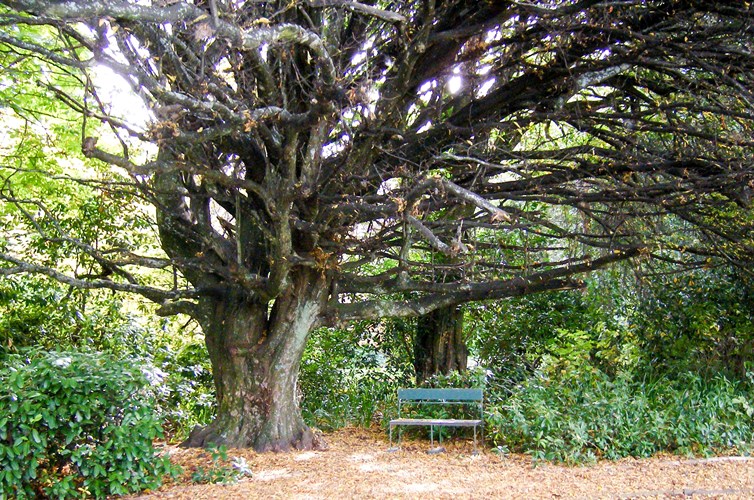 Terrace Station homestead and garden date from the late 1850s. Driving in, one is struck by the ’Capability Brown’ plantings of trees across the landscape with Mount Hutt featuring as a backdrop. Gradually the view draws in until one is driving along a tunnel of towering Sequoiadendron giganteum (Wellingtonia) on one side and Cedrus Atlantica on the other. It is thought the Wellingtonia was planted to commemorate Queen Victoria’s Diamond Jubilee in 1897; the Cedars were planted in the 1940s. Four large trees define the 19th-century eastern side of the garden – Elm, Sycamore, Portuguese Laurel, Hornbeam.

The garden has strong formal design features from the Victorian era and has adapted with a relaxed informality that suits the present gardener, Kate Foster. Notable features are the magnificent trees, the vistas from one garden room to another, the effects of light and shade on the tree trunks.

Do not expect extreme neatness in this uncontrived informal garden. My aim is 'no bare soil' so I do not use a hoe! However, happy plants spread themselves rapidly and mostly smother the weeds. I love the changing seasons - in winter and early spring there is beauty in the bare trees showing their different forms. Beneath them the first woodland plants peep through, hellebore niger in June/July, aconites, cyclamen coum, galanthus nivalis and banks of hellebore orientalis in August, followed by violets, primroses, daffodils and bluebells. Then I enjoy the riots of aquilegia and foxgloves in early summer. My garden tells me what it wants to do and mostly I don't complain. I am blessed with 100 years of leaf litter above river silt which gives a wonderful seedbed for peonies, trilliums and other treasures which I love potting up for distribution to other passionate gardeners. The best thing about being an old gardener in an old garden is that fashion doesn't matter. What could be better than being surrounded by my old friends with gnarled limbs?

The extensive garden and woodland area is about 1.5 hectares and has mass plantings of bulbs and woodland perennials. Allow between one and two hours for your visit.

Terrace Station homestead was one of the first pieces of domestic architecture in Canterbury to have a category 1 registration from the New Zealand Historic Places Trust (now Heritage New Zealand). It also has the increasingly rare distinction of continuous occupation by members of the same family since pioneering times. The homestead is primarily a family home which has been added to and altered to suit changing requirements. It is now owned by the Terrace Station Charitable Trust but lived in by descendants of John and Rose Hall.

The 1930s summer house is now a display area for garden and other tools, bottles and miscellaneous interesting items. It is open whenever there are visitors.

One open day to the garden (not homestead) is held in August, September, October, November, March and April - dates and times on webpage. Groups of between 15 - 50 people can visit throughout the year by prior arrangement. Options are on the webpage.

Adults - $10.00 per head to the Terrace Station Charitable Trust for Open Garden days with no bookings required.

On Open Garden days, follow signs from the Hororata roundabout – approx 5 kms to site. If coming as a group, directions will be sent to you. Caution: there is an unbridged river on Milnes Road.