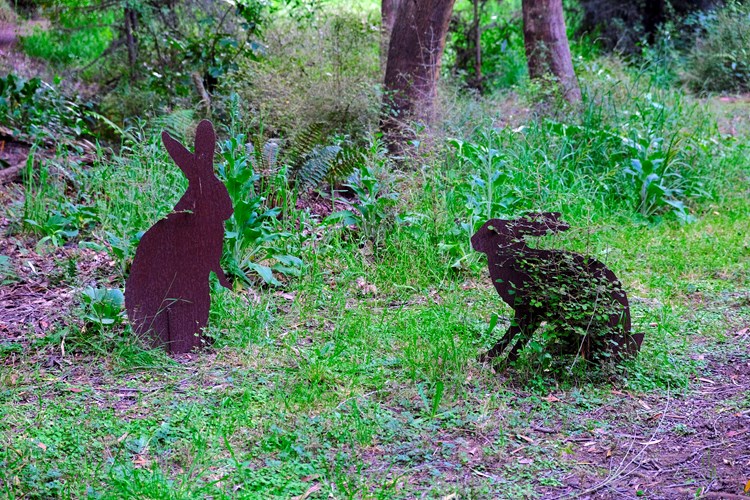 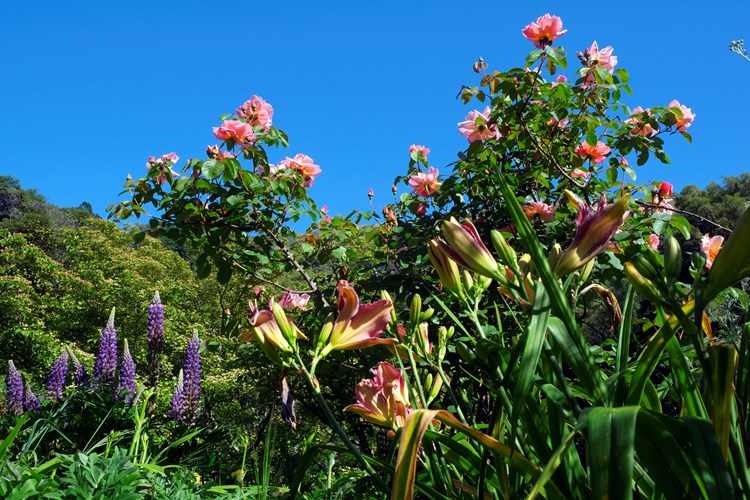 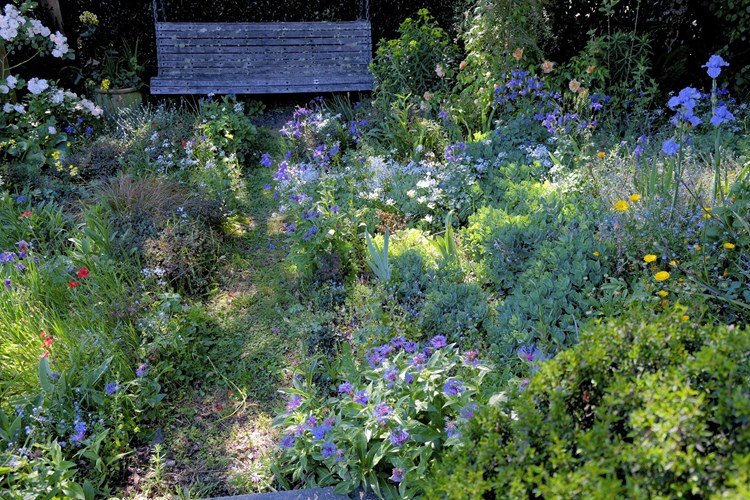 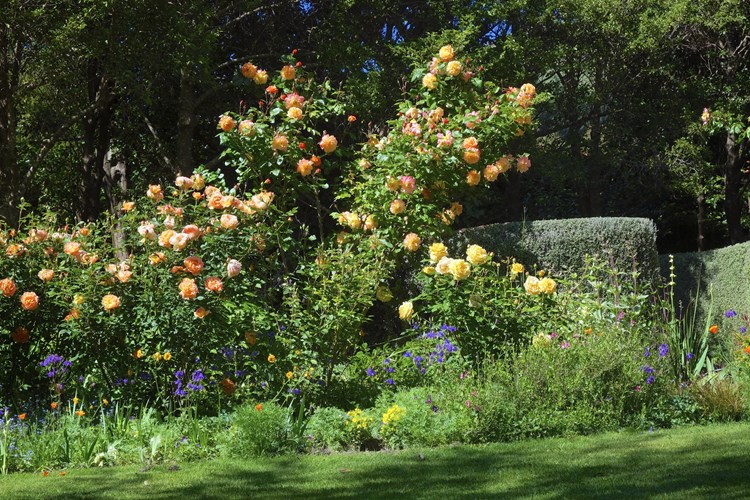 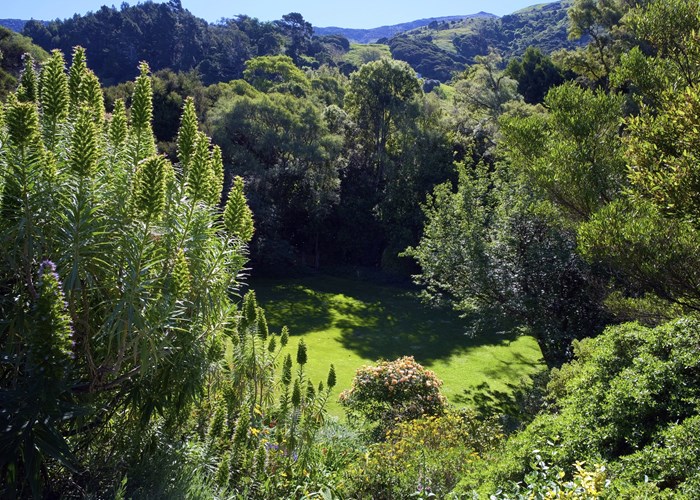 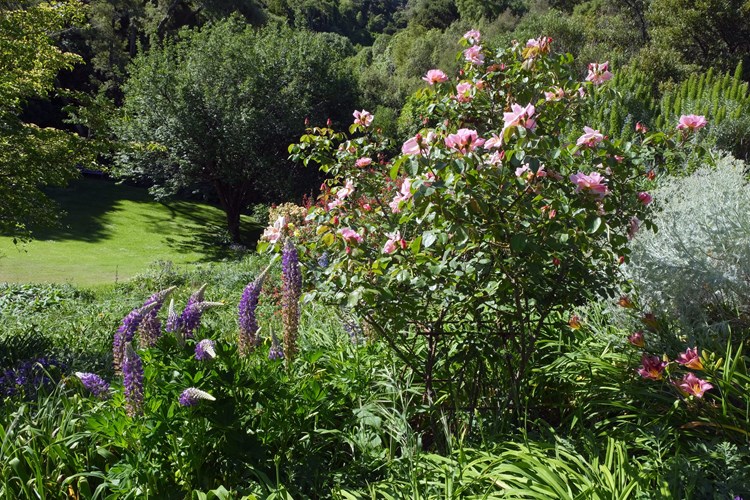 The Garden at French Farm

The garden is nestled in the historic French Farm Valley on the banks of the Te Waimangu Stream.

Once part of a large sheep and cattle farm, the garden is testament to the resilience of native bush and the speed at which it can regenerate once the stock is removed.

In 2003 two stands of bush in the garden were protected in perpetuity by QE11 Covenants.

The bush contains many fine examples of a variety of native trees including kahikatea, totara, matai and some huge kowhai but a feature is a mature Pokaka which is listed as a Notable Tree of NZ.

It contains dramatic herbaceous borders forming a natural colourful amphitheatre full of tulips, irises, daylilies and dahlias depending on the season. The planting intends to tie the ornamental garden into the wider landscape with its magnificent backdrop of native bush and surrounding hills.

Paths meander through the garden and there are several streamside bush walks with many glades and dells that provide perfect spaces to relax and enjoy the birdsong.

The garden is under the care of owners Jendy and Pat Brooks who have made the move to the Banks Peninsula from North Otago. Passionate gardeners, they are relishing the challenge of taking care of and further developing this beautiful property.

We are open most days but a phone call or email first would be appreciated.

An hour and a bit’s drive from Christchurch. And 15 minutes from the delightful seaside town of Akaroa. 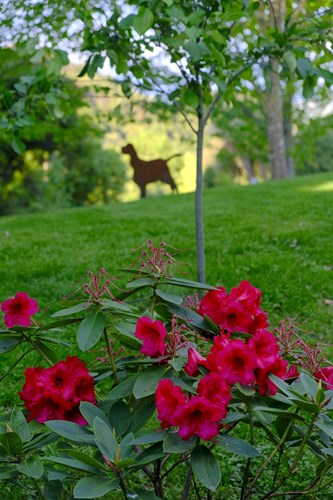